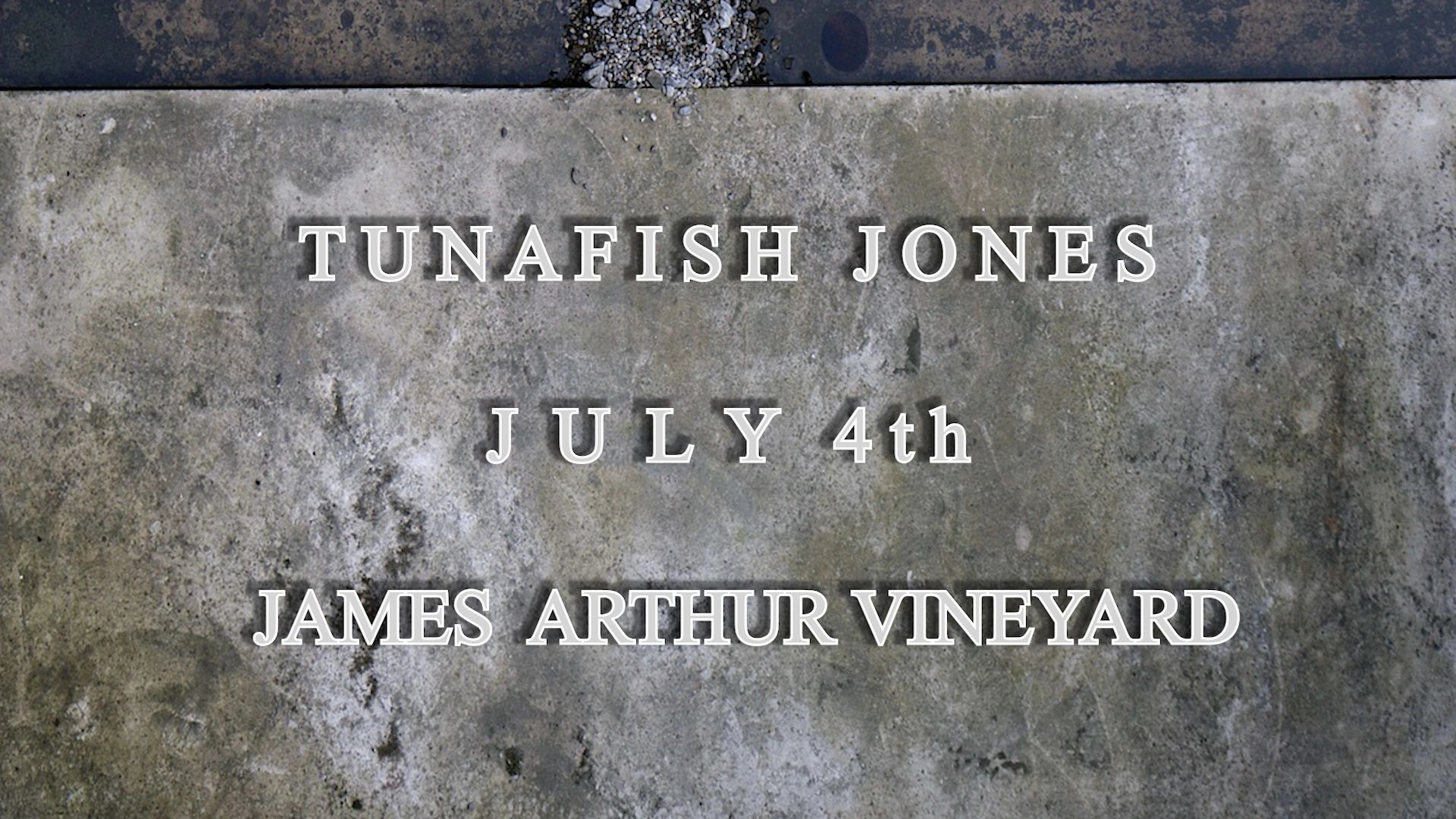 When the show began, a spotlight illuminated Mars alone on center stage. With her head bowed and her hands around the mic, she stood quietly while she gained the audience's full attention....She was known as Marvelous Mars and the name fit...The saxophone and other brass instruments carried the band to an astounding level...They were unlike any other group...At the end of the night there was a standing ovation and two encores..."

"No Such Thing" By Tunafish Jones

THE GROUP'S MUSICAL VISION IS EXCELLENT . . .

YOU GO TO AN IMAGINATIVE PLACE  . .

When Tunafish Jones takes center stage the crowd takes notice. With its stellar saxophone player,Frank Lightell, demanding attention from his very first note to his last, there's not a soul in the place that forgets the name TUNA.

Dressed in a black suit, tie, high top Chuck Taylor's, and her favorite sunglasses, the petite lead vocalist Mars McCracken takes her fans breath away the minute they hear her sing. With hands flailing and feet constantly moving, she provides a unique visual performance that is only outdone by her powerful, beautiful voice.

Whether this band is playing original tunes written by Mars or some creative, quirky version of a cover arranged by guitarist/keyboard player Bruce McCracken, they keep their audience in a trance. Literally thousands of fans turn out every year to experience the musical expertise of Tunafish Jones.

Their constant fan mail describes it best. "I came to hear you last week. You were beautiful. What soul, what fun you have. What a gorgeous sound you make. The whole place was alive with your music. It was perfect. Thank you for all that you bring and I will look forward to seeing you   again."

Tunafish Jones is recognized as a "must see" for anyone wanting to dance the whole night through or just sit back and bask in the perfection of a class act.

Tunafish Jones is a creative concoction created by lead singer and songwriter, (Marvelous) Mars McCracken . Influenced early on by jazz elite Ella Fitzgerald, Della Reese, Miles Davis, Gerry Mulligan, composer Leonard Bernstein, and funk master James Brown, Mars envisioned a band that could mesh together the free for all hilarity of a night at a juke joint with the profundity of a symphonic odyssey.

She came from a family of musical genius, a great grandmother who played harp and taught music, a grandfather  who set the household on fire playing boogie-woogie on an old upright piano, a mother who played jazz standards by ear on the piano, singing along with a beautiful, deep haunting voice, and last but not least, an uncle, a  child prodigy, who was an outstanding piano player as well as jazz drummer .

Mars played piano and clarinet but preferred to stand on the corner and sing.

Her first introduction to the stage was in New York, when she was barely five years old. She knew immediately that’s where she belonged. She inherited the voice from her mother, the rhythm from her uncle and from her father (a legendary long distant runner from Istanbul Turkey) she received the endurance to sing and dance up a storm.

Prime Video has recently released "Stanley Stanton" a  feature film written and directed by Mars. Along with Tunafish Jones' guitartist/keyboard player, Bruce McCracken, she composed, performed and produced the soundtrack.   Mars is presently filming  a new movie which will be released in the fall of 2020.

Bruce McCracken is the guitar, keyboard player, arranger and vocalist for the band Tunafish Jones. McCracken's intense interest in music was apparent by age three. At five he was enrolled in piano and organ lessons which continued until he was eighteen. By the time he was eight he was jammin' with blues pianist Jay McShann, a friend of his parents. When on tour in the area McShann, after the gig, would move the party to the McCracken living room. Bruce would wake up and join in, playing the organ which was setup opposite the piano. He also has a life long love of playing the guitar and was introduced to R&B by McShann's guitarist, a former James Brown player. McCracken's professional choice of instruments was a Les Paul goldtop, Hammond B-3, Fender Rhodes, and Hohner Clavinet. When Weather Report, Chic Corea, Herbie Hancock and the great Tomita came on the scene, Bruce became interested in synthesizers. McCracken's musical expertise is evident in the "Stanley Stanton" soundtrack, which he co-wrote and co-produced. Along with performing the music, he also played the lead role, Stanley Stanton. In 2019 McCracken began composing the musical soundtrack for a new movie by Mars McCracken, due out in 2020.

Frank Lightell was one of the original sax players for Tunafish Jones. Born in Frankfurt Germany, his family moved to the United States when he was five.

As soon as he mastered the English language he began music lessons,mastering the saxophone, the flute and obtaining a degree in music.  Frank's unforgettable, soulful sound continues to captivate  Tunafish Jones' fans.

Finding an Indie movie that is original and captivating is rare. Stanley Stanton is one of those films. The music and narration are both excellent, and this film delivers a haunting message most will not soon forget. Thought provoking and unnerving, the actor and director did a fantastic job.